This is the time of year when plants exhibit their many strategies for moving around — moving their offspring (seeds), that is, to locations where they can establish the next generation. Animals play a key role by carrying the seeds of the fruits and nuts they eat to distant locations, deposited with a nice load of fertilizer, as well as unknowingly carrying seeds that hitch a ride on them as they pass by.

No plant has ever been more aptly named than the Virginia Stickseed , whose minute spikes on its seed coat adhere to most any fur or fabric at the slightest touch. 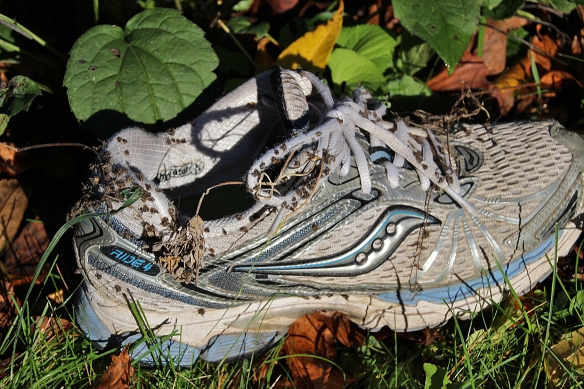 A five minute stroll to the backyard woodpile netted a large batch of stickseeds on my shoes.  An equal or greater number were deposited on my socks as well.

To stick to its transporter, seeds need “stickers”, and some plants have evolved such elaborate hooks and spikes, they are truly difficult to get off. Plus the tiny spikes occasionally break off and lodge themselves in your skin, as you try to remove them. 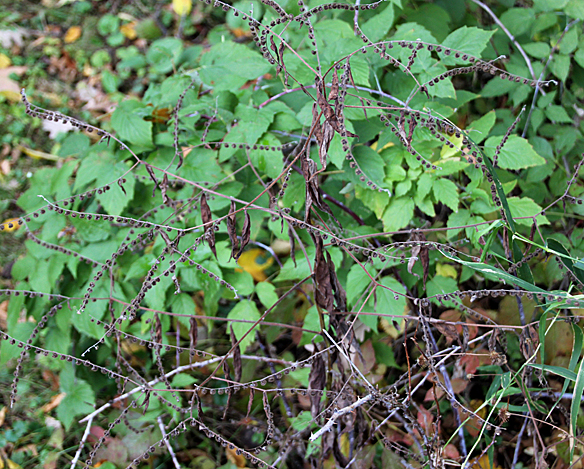 It’s not the prettiest plant in the forest, but it is a biennial native that grows well in the shade and adds greenery to the forest floor.  However, beware of this pesky leafless, spiny-stemmed hitchhiker in the fall. Those long trains of seeds detach from the plant with the slightest pressure and embed themselves quite easily in fabric. 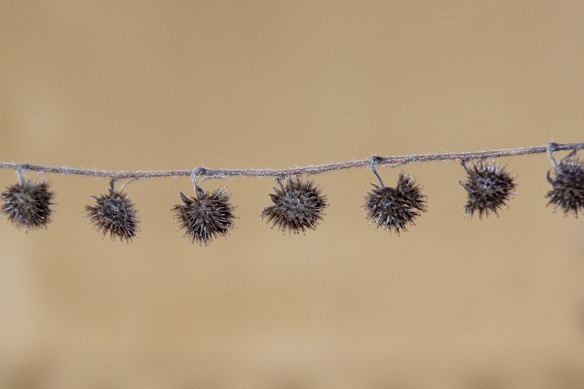 The rounded sticky bur contains four nutlets that face each other, with their prickles facing outward to latch onto whatever touches them (including each other) with minute hooks.

Another bane encountered on fall hikes is the seed head of Common Burdock, an introduced species that has found a home in disturbed areas, abandoned fields and pastures, or uncultivated roadsides.  It’s an attractive plant with large leaves and purple tinged flowers in the spring and summer, 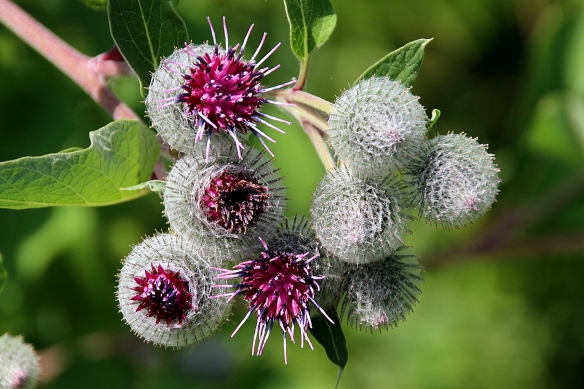 But once those seed heads mature, it’s difficult to avoid becoming entangled in the hooks that seem to jump off the plant onto your clothing. 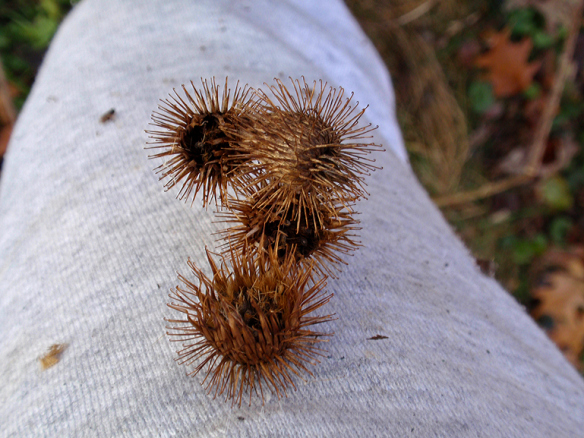 Fortunately, they are bigger and easier to detach than the seed heads of Virginia Stickseed. 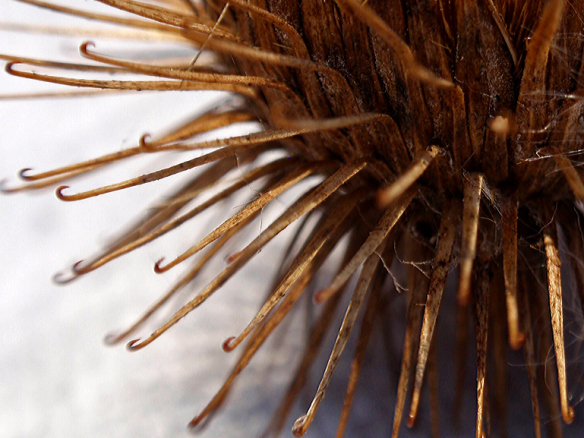 These must have been the models for the development of Velcro.

There are numerous examples of how plants have hitchhiked on animal fur or feet; a few other examples are illustrated in this David Attenborough video from “The Private Lives of Plants”.