Another trip to the tidepools, this time to the site where Mavericks surfing contest is held when winter storms bring 25-50 foot waves to a point off Pillar Point in Half Moon Bay.

There were no waves like this on our visit, but the tide was very low, exposing a lot of coastal tidepoools.  For more information about surf conditions here, click on the link to abcnews report, 2018.

The tide was so low, huge benches of rock encrusted with sea anemones were exposed. 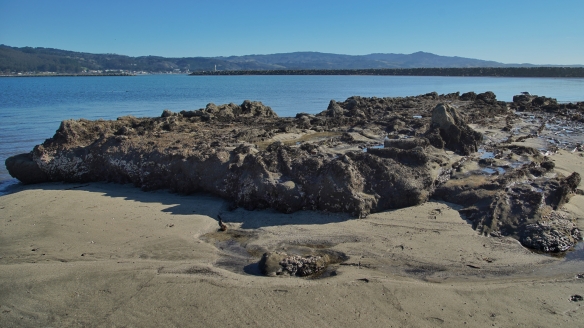 Shell-covered exteriors of sea anemones completely cover the rock at the side of the rocky outcrop.

A few Herring Gulls explored the pools, so we had to check them out as well.

In one pool we spotted a crab hiding under a ledge, along with numerous other shells of previous inhabitants — clams, mussels, worms, other crabs…

If I can find the crabs, so can the gulls! 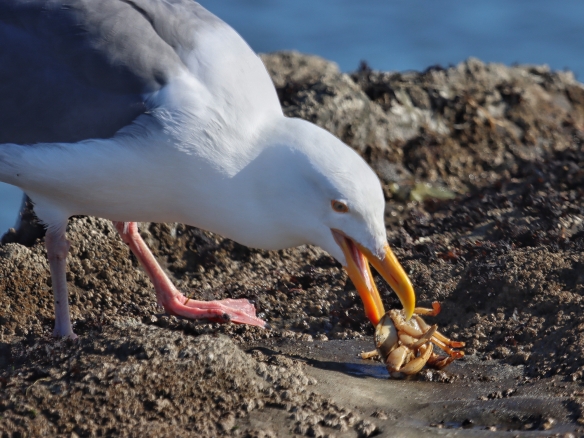 Taking it apart…the upper mandible can easily penetrate the thin carapace of the crab shell.

Down to the last bite, after flinging away the inedible parts.

Once the crab’s carapace is opened, the gull can extract it’s meal. 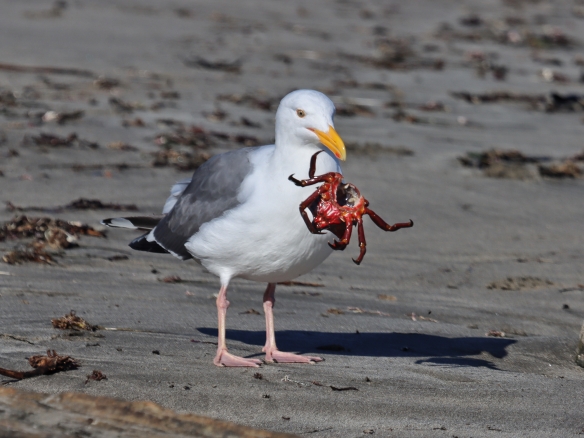 The end of the meal…leave the legs for some other scavenger.

Elsewhere on the beach, a Snowy Egret was wading in the tidepools checking out the fish. 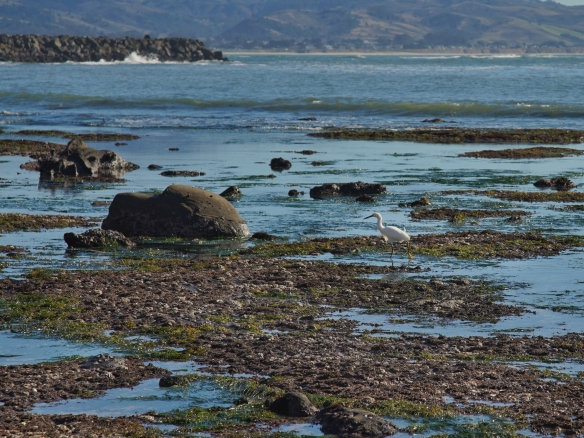 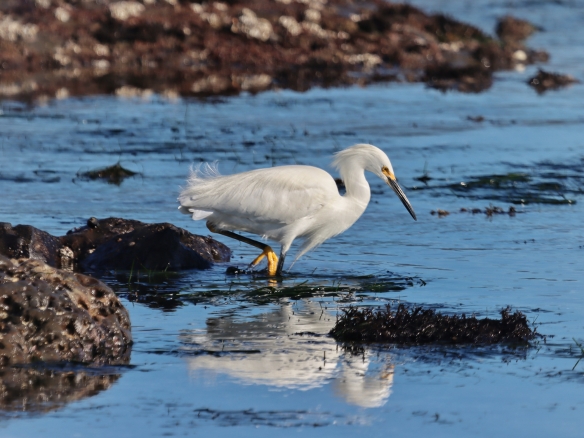 The Egret swishes the water with one of its feet while it waits, and then pounces on whatever moves.

We got closer to the action at other tidepools nearer the shore.  Although there were quite a few tidepool sculpin in these pools, the Egret seemed interested in other prey.

Swishing one foot to get things moving in the tidepool…

Got it! It looks like a small eel, not a sculpin. 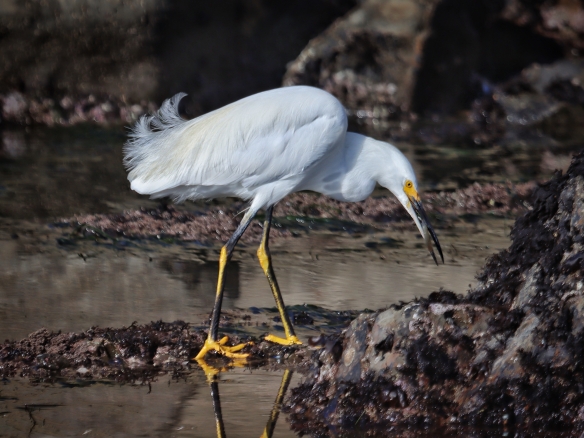 And down the gullet it goes, and the bird continues to stalk another one.

Another fun morning with sea life on the California coast.