In north central Oregon, there are three parts of a National Monument making up the John Day fossil beds where scientists have (literally) unearthed an interesting record of climate change in that region from about 40 to a relatively recent 7 million years ago. 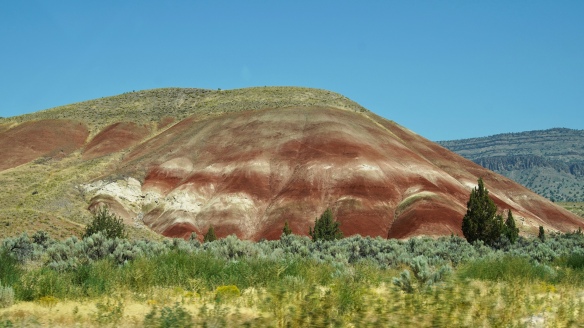 Brilliant bands of red, tan, yellow, lavender, and white show along exposed hillsides in the Painted Hills of north-central Oregon.  Red laterite, iron-rich sediments are associated with period of warm, tropical like climate; yellow and tan are associated with cooler, drier climate.  White bands may be ash deposits from intense volcanic action nearby.

Bands of color in hillsides representing changes in lakebed sediments over time record warming and cooling trends in the region over millions of years.  Trapped in those sediments are rich deposits of numerous fossils of lake vegetation, fish, and amphibians, as well as reptiles and mammals that may have been trapped in mudslides into the lake. 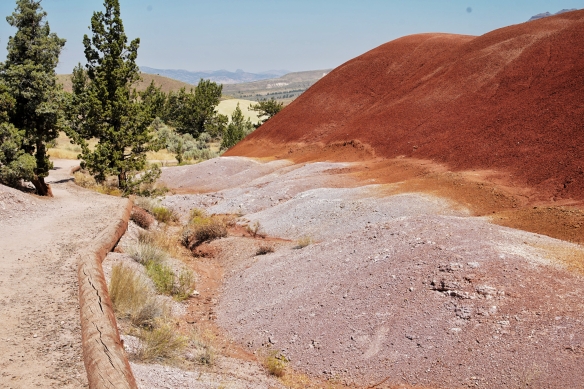 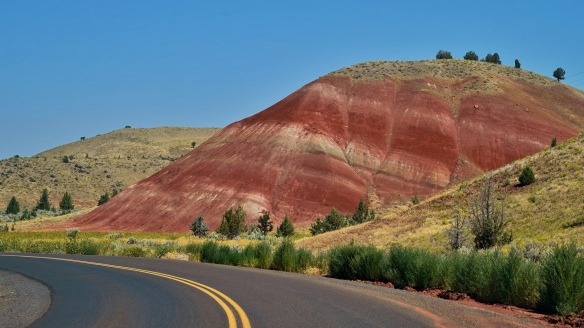 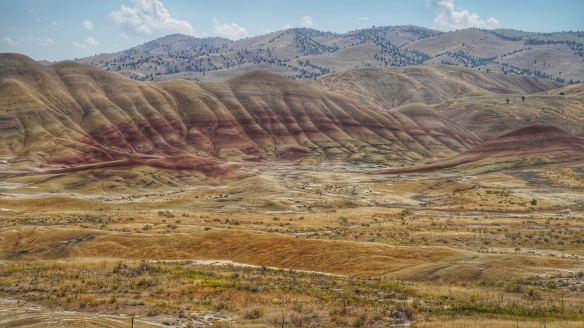 Why such drastic changes in climate during this time?  Periods of intense volcanic activity as the North American continental plate passed over the Yellowstone hot spot produced a lot of ash and smoke that may have darkened skies enough to cool the climate.  The result was a significant change in the landform throughout parts of north-central Oregon, with cinder cones, basalt flows, tuff deposits, and silty, mudstone deposits of varying colors, and a record of the assemblages of animal life that appeared in the area over time. 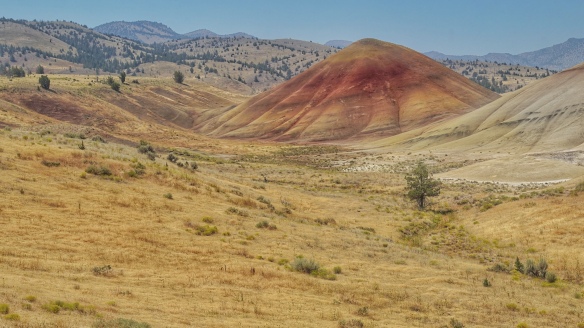 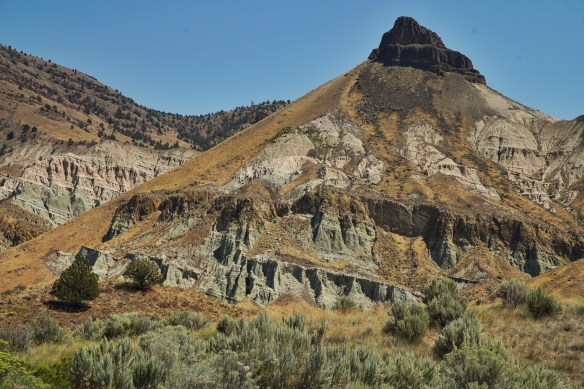