Red rocks at Ghost Ranch, New Mexico.  The oldest exposed rocks (striped gray and red at the cliff base) are the source of the Ghost Ranch fossil beds.

It’s hard to imagine these magnificent mesas as lake or sea bottoms, but the scenery 200 million years ago during the Triassic period at this location looked much different. 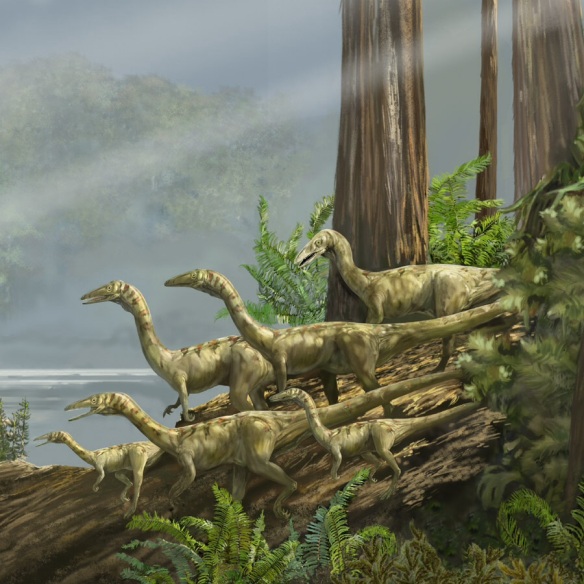 A herd of small carnivorous Coelophysis dinosaurs patrols the shallow lake waters for fish, insects, and other small prey.  Mural at the Oklahoma Museum of Natural History by Karen Carr.

A bonanza of fossilized skeletons of this little dinosaur were discovered on Ghost Ranch property In the 1940s — dozens of immature Coelophysis along with other unique specimens from that period were buried together perhaps as the result of a flash flood.

Artist’s rendering of the intact Coelophysis skeletons in the fossil bone bed. From the New Mexico Natural History Museum. 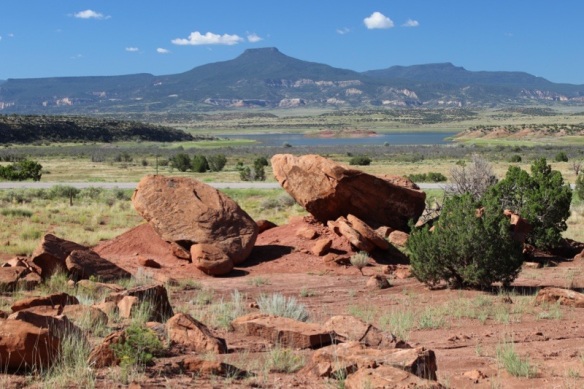 Rainfall flows quickly down the sides of the mesas, carrying large rocks and debris toward Lake Abiquiu in the distance. The area is prone to such flash floods today, and similar processes may have been responsible for the deposition of Triassic organisms. 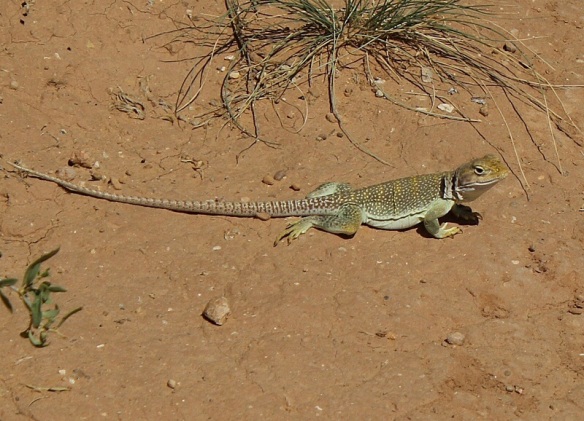 Lizards, like this Collared lizard, and snakes are the primary reptilian predators on the mesas today. 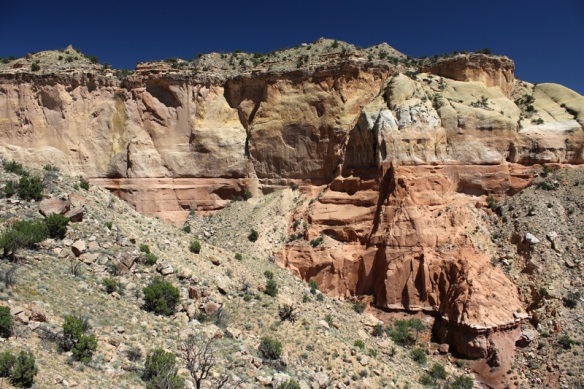 Who knows what other incredible finds remain hidden in the more recent deposits on the vast mesas of the Ghost Ranch and nearby areas.  More recent deposits from the Jurassic period (white sandstone above the red Triassic layer)  have yet to be excavated.