I saw a brightly colored dragonfly perched nicely on the trunk of a tree and thought it would be easy to identify because its colors were so distinctive. 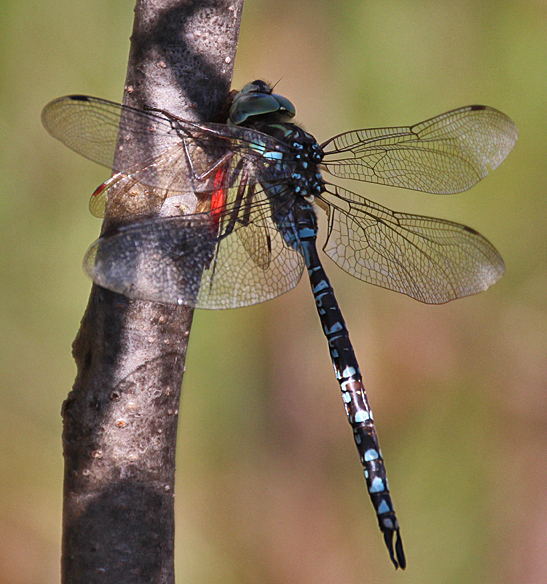 What is that the dragonfly has captured and is eating?

A closer look…yes indeed, this one is eating another dragonfly, probably a meadowhawk. 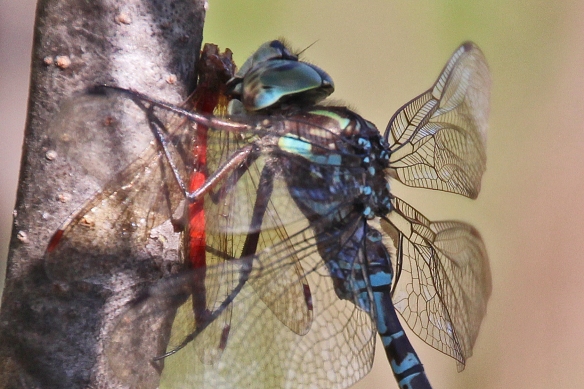 It’s already devoured the head and part of the thorax of the meadowhawk.

After consulting my field guide (Dragonflies through Binoculars), I learned that this was one of a complex of 20 species of Mosaic Darners — named for the mosaic of spots on their abdomen — “many of which look alike and present a challenge for field identification.”  So much for an easy ID.

Maps of the distributions of the probable 20 species yielded 4 that could be found in MN currently, so I compared those side-by-side with my specimen using photos posted on the web.  The most important distinction seemed to be a side-view look at the thoracic stripes, which I didn’t really have among my photos from the field. (Note to self:  take more photos from different angles next time.) 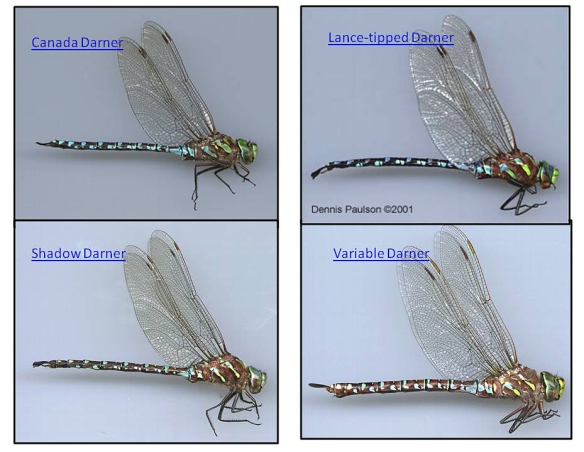 They all look pretty similar. But looking closely, there are some important differences in the pattern of thoracic stripes.  Click on this composite to get a slightly larger image.

Complicating this identification somewhat is the variability of some of the species over their range, or even within their range (hence, the name Variable Darner!).

Using my two photos above, and the composite of the four species, I decided this must be a Canada Darner, (Aeshna canadensis), based on the square notch in the top (dorsal side) of the anterior thoracic stripe.  None of the others had this unusual patterned stripe.

So, a pretty minute little detail makes the difference between these otherwise very similar species.  Do you think a female really notices this? 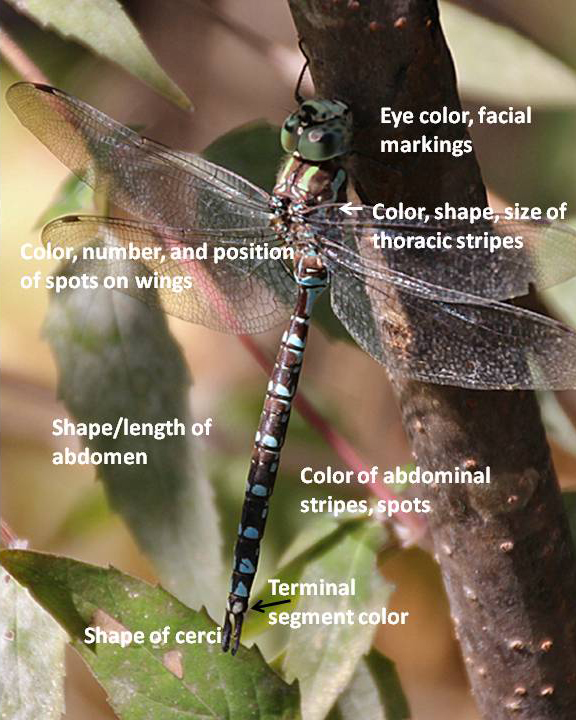 Some of the important characteristics used to identify dragonflies.

7 thoughts on “How to identify a dragonfly”