So far we have been lucky that the leaves have been slower to mature than the warblers have been anxious to migrate.  Each day I wander around a new area, hoping to get that prize-winning photo of the best warbler yet…

This morning was terrific for seeing a high species diversity, but was the poorest light (cloudy overcast) and most leafy interference, making it poor for photography.  Nevertheless I saw 15 warbler species in about 3 hours. But 90% of the birds I saw were Yellow-rumped Warblers, which have turned out to be more numerous than Starlings on fall migration. 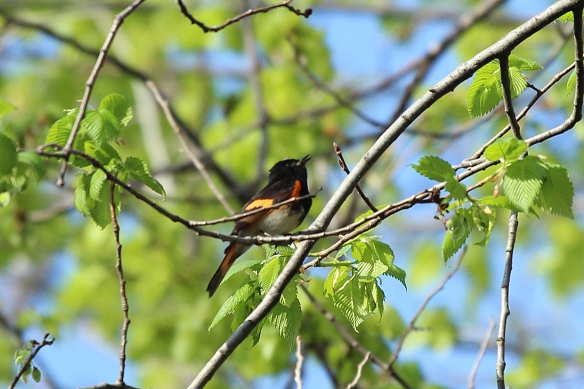 American Redstart males are teases. They sing right in your face, and fly off when you raise the camera. That, and the fact that they don’t sit still makes it tough to get a good photo (see someone else’s photo for more detail below) 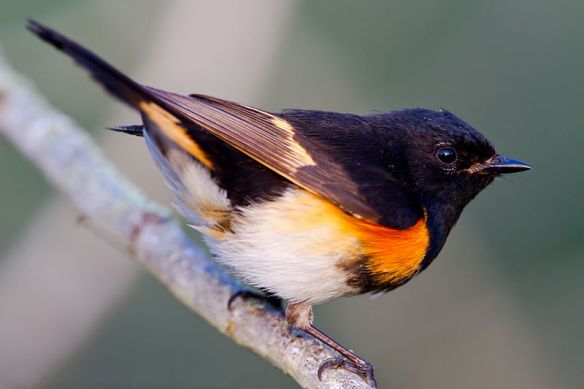 The photo I wished I had taken (by Dan Pancamo on Wikimedia Commons).  This bird is like a miniature oriole with its vibrant black and orange coloration. 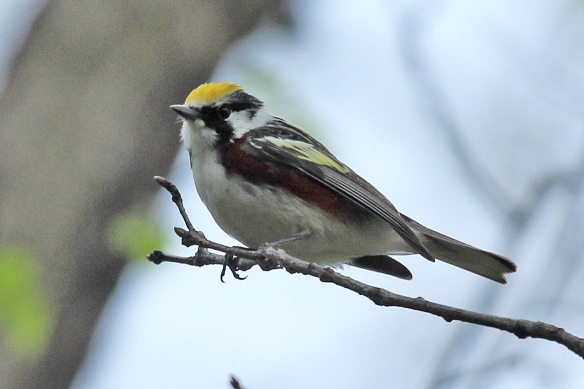 One of the more handsome warblers with its bright gold crest, black and white head, and chestnut sides (finally a warbler that has a logical name — Chestnut-sided Warbler).  Believe it or not, this warbler is thought to be most closely related to Yellow Warblers. 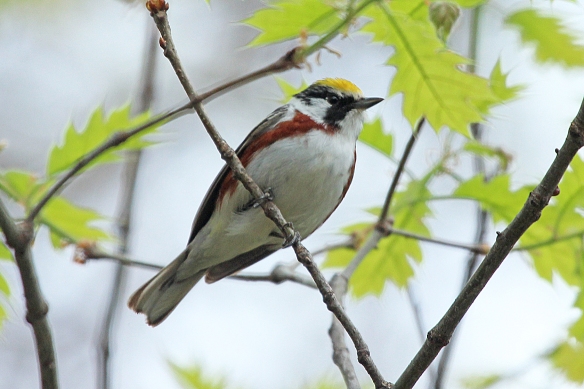 You only get 1.5 seconds to focus on a warbler. This was a lucky shot.  Chestnut-sided Warblers prefer habitat with second growth vegetation, where the large mature trees have been removed.   Like this bird, they may forage closer to human eye-level, instead of the tree tops, making them easier to photograph. 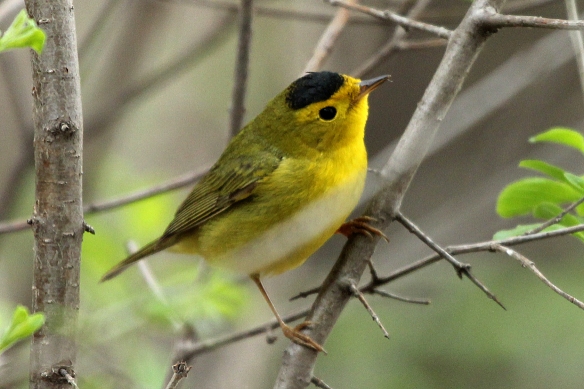 Yellow warblers with olive green backs all look alike, until you see where the black markings are located. This Wilson’s Warbler is notable for his little black cap and black eye-ring.  They would only pose for me behind sticks! 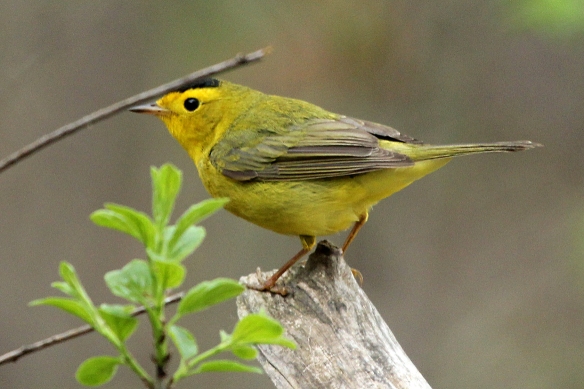 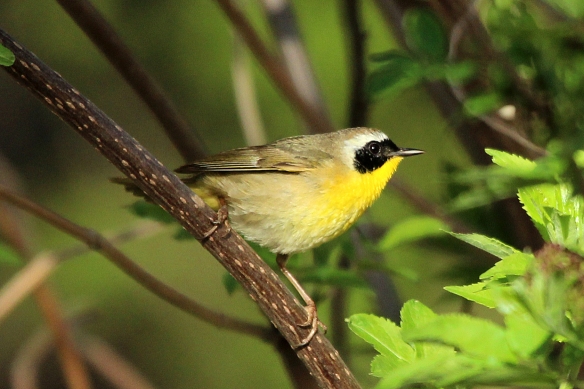 This one gets the “cuteness” award — a Common Yellowthroat, which poses on branches now and then, but prefers to dig around in the tall grass for bugs. 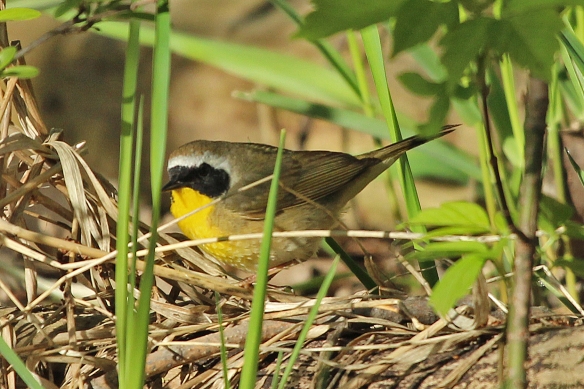 More commonly, the Yellowthroat is found in low vegetation, searching under fallen debris for its hidden meal. 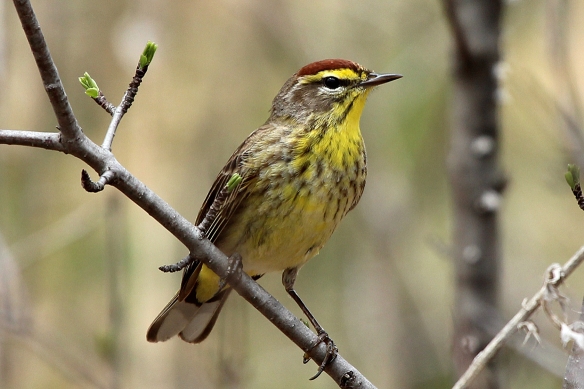 Palm Warblers were commonly seen in grassy, prairie areas last week.  In fact, they outnumbered the sparrows foraging in the same grassy areas.  They are much more scarce this week, so perhaps they flew north with the last big front that came through. 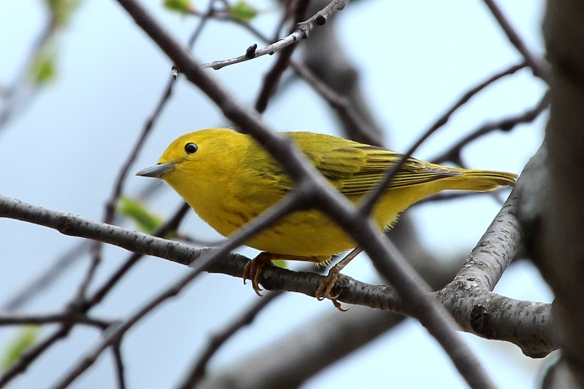 Yellow Warblers are everywhere lately — at the pond’s edge, in the forest, even in parking lots.  Their bright yellow color with red-brown streaks down the belly make them easy to spot.