That’s the color of the landscape right now.  Well, shades of gray and white, anyway.  After several gloomy days of cloudy overcast and being stuck indoors with various tasks, I have little to share that isn’t “black and white”. 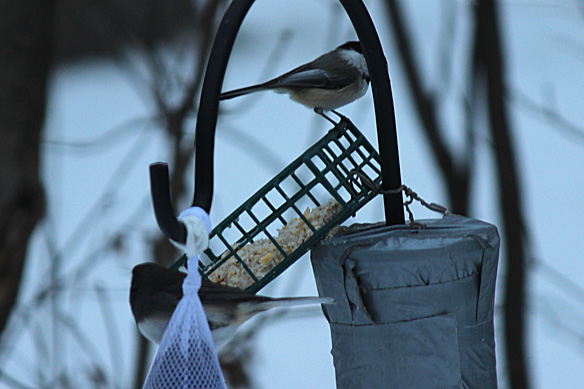 This isn’t an underexposed photo; this is what it looks like outside today, and it’s almost noon.  I could Photoshop some brightness into the photo, but that would be cheating.

Dark on top, light on the bottom — is there some functional reason so many animals use that countershading?  Does it help pick up heat from the weak sunlight, when it does make an appearance?  Does it help them blend into their background and avoid predation?  Who knows. 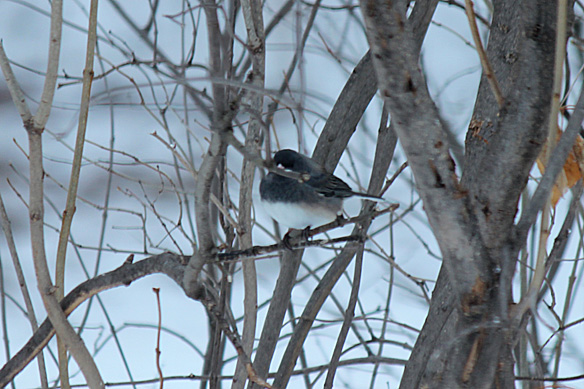 A Slate-colored Junco blends into its background nicely with its slate gray back and white belly.

The snow is more than a week old now, so it too, is slowly turning gray, to match the gray of the sky.  The forest looks like this. 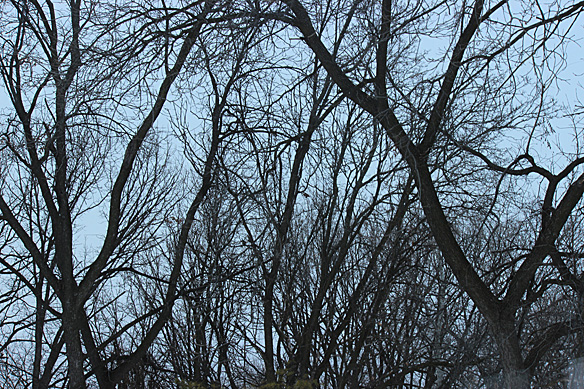 So really, the only thing you can do with this landscape is tweak it to make it interesting.   (See the most recent post on the Focused Moments blog,  “Winter Abstracts“.)  So, here’s the backyard in abstract form.  I like it better than the actual scene. 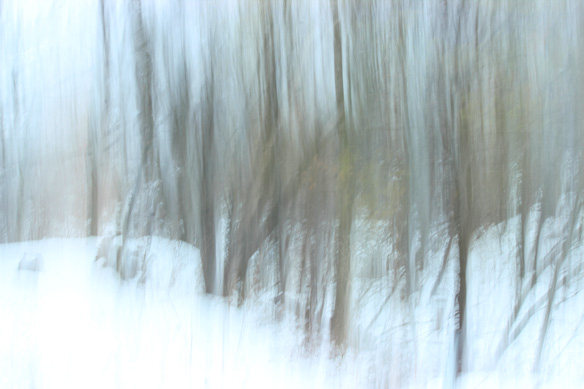 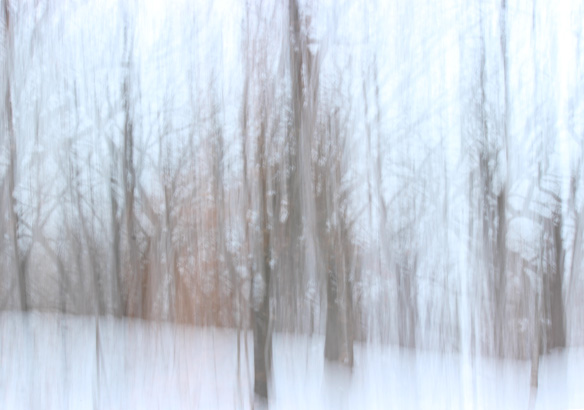 4 thoughts on “Black and White”